This post is a part of A Crystal Compendium, a collaborative blogging project between multiple writers, reflecting on the Final Fantasy series.  Check out the hub article for a full listing of games and posts! END_OF_DOCUMENT_TOKEN_TO_BE_REPLACED

Since we wrapped up the FFVI Journal last week, we decided to take the opportunity to do a celebration here at Marathon Recaps and look back over the past two eras of Final Fantasy: the 8-bit and 16-bit eras. And it won’t just be me because, for the first time you’ll be hearing Kyle’s thoughts directly from the source! With many of these games, it’s been years since we last played them, and we wondered if a good look back might have changed out opinions. So here’s the plan: this week, Kyle and I will alternate talking about each game, giving some time-aged insight into each. Next week, we’ll be back with two Top 5 lists each: our Top 5 Worst and Top 5 Best Moments in the Marathon! Be sure to be back for that!

END_OF_DOCUMENT_TOKEN_TO_BE_REPLACED

So there we were… back at the start of the game… and we found that Base was now populated by our allies from across the worlds. I still can’t decide if this sequence was meant to be dream-like or real. We said our confused hellos to this surreal assembly, and learned that the new Queen Armor was pregnant! Let’s not think too hard about that. After a few chats, we bought some top-tier equipment before getting ready to face the game’s final challenge. Time to take one last look at the party.

END_OF_DOCUMENT_TOKEN_TO_BE_REPLACED 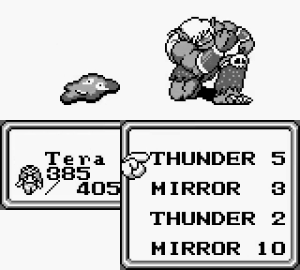 Around this point in the game, we started to hear about Ashura, the fifth fiend who, according to one of the people in the Hell-like False Paradise earlier on, commanded the others. Unfortunately, we didn’t get many details. Indeed, I think we missed the spot where the game goes into the most detail!

END_OF_DOCUMENT_TOKEN_TO_BE_REPLACED

World 2 is pretty bereft of plot. I get the impression it’s not very popular with fans, either, and the best I can say about it is that the developers certainly did a great job designing a world where you… have to… uhh… operate entirely under your own accord! Personally, I had nothing but bad memories of the place from previous playthroughs. Not only are the clues insufficient, but one of the hardest parts is right at the start and has almost no clues at all. What a great opening!

END_OF_DOCUMENT_TOKEN_TO_BE_REPLACED 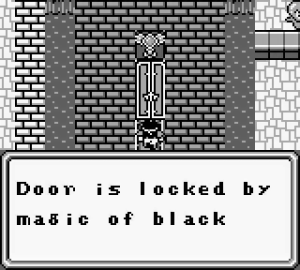 The game began at Base, a town that was built up around the Tower by a few enterprising young business-people so that the foolhardy could go searching for Paradise. It’s a great bit of worldbuilding. Our party leader was Rei (the party leader gets better stats and starting monster options, and that was the only way to get a Wererat), and we hired the rest of the party members at a Guild. Guilds are present in many towns in the game, as it is possible to change any party member but your lead should they ever die. If you’d rather not lose your party member, you can revive them for 100 gold at a House of Life, but all party members have a set of three Hearts that represent the number of times they can be resurrected (so does the lead, though you seem to be able to revive the lead no matter what). Restoring a lost Heart is prohibitive, so after three deaths, you’re probably going to head back to the Guild instead. 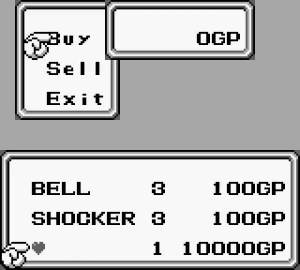 If you should choose to restore a Heart, it costs a hefty 10 000 gold, expensive even in the end game. That’s great and all, but we managed to keep the party alive from bottom to top so it never really came up. Kyle only died once! Sara died only twice. Human armour can be pretty handy. Without proper armour, Liz and Rei died multiple times only for us to hit them with rare Revive ptions we had found in the field, which allow you to bring someone back without touching their Hearts. And of course, we did a lot of save scumming. Save scumming doesn’t really feel so bad in FFLI. Honestly, you seem to save scum almost as often as you hit Start. It’s a rough game at times. Part of the idea behind Guilds is to replace party members that didn’t level up very well with this game’s expensive, random, or incomprehensible systems, so it does make a certain amount of sense to have Guilds every few towns.

END_OF_DOCUMENT_TOKEN_TO_BE_REPLACED

One of the troublesome aspects with organizing this Marathon is working out which games actually came “next,” considering many weren’t released in English for many, many years. Generally we go by English release dates and interweave the original Japanese release dates only whenever necessary, but sometimes it becomes obvious that we’re just being arbitrary. For example, take this not-Final Fantasy game, The Final Fantasy Legend. We’ll talk about its origins more in a moment, but in Japan, this game came out in 1989, before FFIII. Meanwhile in the west, it came out in 1990, after FFIII came out in Japan, but decades before FFIII came out in the west! To make matters worse, we didn’t get to this game until after much later in the Marathon! In the end, I had to pick a slot and put my foot down!

Final Fantasy Legend is a series of three Nintendo Gameboy games created by Akitoshi Kawazu, the creator of FFII. The first two games show that line of descent very strongly, though the third does… not. The games were called SaGa in Japan and some of the later games in that series were imported as SaGa, but not the original trilogy. The first three games were called “Final Fantasy” purely for marketing reasons, and are only in the Marathon on nomenclature merits. But play them we did.